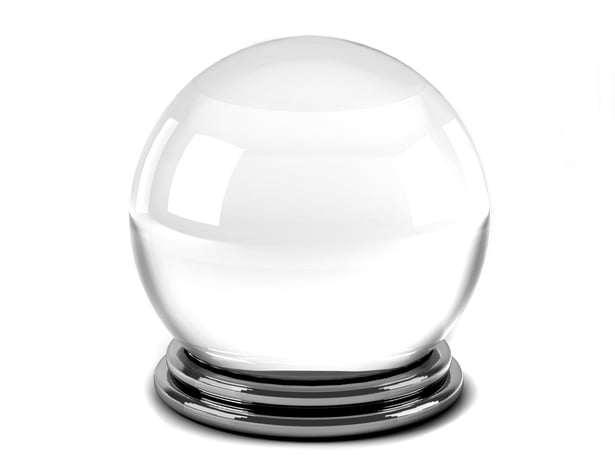 Health care planning in retirement including LTC planning will continue to be top of mind for consumers and advisors in 2019 - here is a preview of trends in LTC Insurance for 2019.

1. Hybrid products lead the way while traditional LTC products stabilize and remain in the market.

Hybrid Life/LTC products continue to gain fans from financial advisors, who like the certainty of rate guarantees and the flexibility to get premium dollars returned in case of death or a change of heart.  One of the major complaints in the past with this products was the the large single premium required for "asset based" plans, typically funded with an expiring CD or 1035 life insurance exchange.Now, more combo products offer longer duration payment periods including 5-pay, 10-pay and lifetime pay.  As an example, according to a 2018 LIMRA survey, the average single payment Life/LTC premium is $91,000 compared to lifetime pay annual premiums of $6,400.  Expect continued competition from carriers in this market for 2019.

Unlike the developments in the hybrid marketplace, "no news is good news" for the carriers writing traditional long-term care insurance who are comfortable with their current products and pricing. What they are not happy with is lower product sales caused by consumers and advisors feel burned by years of rate increases on older products.  Current sales levels probably aren't enough to entice new market entrants or companies to return to the market, especially publicly traded insurers who might feel a backlash from cautious investors.  However, with traditional plans still offering the most leverage and a more affordable starting premium expect a steady market for buyers who have had personal experience with LTC and want to buy coverage.

Previous to May of 2018, Medicare Advantage plans couldn't offer or pay for the custodial long-term care benefits such as in-home assistance, light housekeeping, meal delivery, etc. Now, thanks to changes Medicare regulations in it is estimated that about 7.5% of Medicare Advantage enrollees will have access to extra LTC or chronic care benefits in 2019. The ability to offer these services came at the request of the insurers and health systems - who know that early and smart intervention can help keep their clients out of expensive hospitals and nursing homes.

Since Medicare Advantage plans are managed care, insurers are paid based on outcomes per participant - they don't pay fee-for-service. As an example, unlike traditional Medicare you don't have full freedom to decide which skilled nursing facility to recover in - and that can be concerning to both patients and facilities .

So, if you have a Medicare Advantage plan with LTC benefits do you still need traditional LTC benefits? The answer is absolutely. These Medicare advantage benefits are focused on shorter term care - they are not designed for longer term chronic care benefits that traditional LTC provides. In addition, LTC Insurance gives you the choice of deciding who and how the care is provided based on contract language of the policy.

For years LTC Insurance was primary brought to market by two distinct channels.  The first channel was made up of LTC specialists who had deep product knowledge.  These specialists were either carrier career agents or offered a full suite of products.   Complementing the LTC specialist was the "occasional" producer, typically a financial advisor,  who often worked through a specialist LTC BGA (like LTCI Partners).

Like all businesses, distribution is changing.  An aging specialist force and smaller market size has led to fewer LTC specialists today (although the existing agents are excellent and innovative).  In addition, the occasional producer has turned away from traditional LTC products to hybrid products often supported by carrier wholesalers, (although BGA's have become more proficient in the market and are building capabilities to handle the linked opportunities).

Where will be some of the growth markets of the future come from? First, look for growth in the employer market. Employers can offer traditional LTC plans to employees through special worksite products from carriers like Transamerica and Mutual of Omaha. Employees are trusting of the recommendations of their employers and benefit from advantages like streamlined underwriting and unisex pricing. In addition to traditional plans, carriers such as Allstate and Chubb are offering life/ltc plans with guaranteed issue acceptance and plans that appeal to a younger marketplace.

Look for another area of growth - direct to consumer sales of LTC Insurance by carriers and start-ups. To see what could be happening in the direct to consumer LTC business it is instructive to look at new life insurance startups like LadderLife and Ethos which allow for a quick buying experience with automated underwriting.  These websites keep the process simple and quick unlike traditional LTC underwriting which can take weeks to get an answer because of medical records ordering and other hiccups.  Direct to consumer websites may be offered by carriers as well.

Even if you are not an investment professional many advisors are familiar with the long-running debate between suitability and fiduciary standards in financial products advice.  Don't expect the federal government to impose new rules, but as many as 14 states are looking at imposing a "fidicuary duty" standard on insurance agents.  Not surprisingly many of these 14 states are large coastal population centers.  Despite your opinion on the matter, the prudent approach may be to carefully document the planning approach with a client.  This could include describing the types of LTC products considered for coverage, including both traditional and linked products from multiple carriers.

The issue of long-term care will be a topic at the federal level, but with a divided government it may be unlikely to have any major changes to current LTC Insurance laws.

Current LTC products are properly priced, but many carriers are struggling with the health of in-force premium blocks. The reasons have been well documented including an extended low interest rates and lower policy lapse rates than expected. Because of these concerns, carriers who are either maintaining blocks or buyers who are looking to purchase blocks are seeking ways to improve their financial performance.

Some things that can help the performance of blocks aren't necessarily great news for policyholders (or the reputation of the LTC Insurance business). Examples include higher policy lapses, tighter claim handling,  and more in-force rate increases.

However, there are some win-win things that will benefit both the policyholders and the carriers. First, rising interest rates can help the performance of in force blocks. The 10 year treasury rate at or near 3% will help the performance of the blocks quite a bit. Some private equity investors are looking to buy blocks of LTC business with the expectation that the blocks will improve in the future.

In addition there are ways to lower the chance of LTC policyholders from needing care in the future. These efforts of reducing the cost of in-force blocks by managing the risks of aging have been around for awhile, but recent advances in artificial intelligence and monitoring tools (home sensor, etc) will make a significant impact in what is called PHM (population health management). These means understanding the issues facing policyholders before they are claim eligible. An example of how this can work is providing proven resources to help aging people with issues such as loneliness (which is a health hazard), fall prevention and other helps. Innovative companies such as Assured Allies are helping carriers with these initiatives.

It's human nature to focus on the negative aspects of LTC planning and LTC Insurance - but there is plenty to be optomistic about in 2019.


Want to hear a discussion on this topic?  Check out this webinar from the monthly webinar series "This Month in LTC Planning":