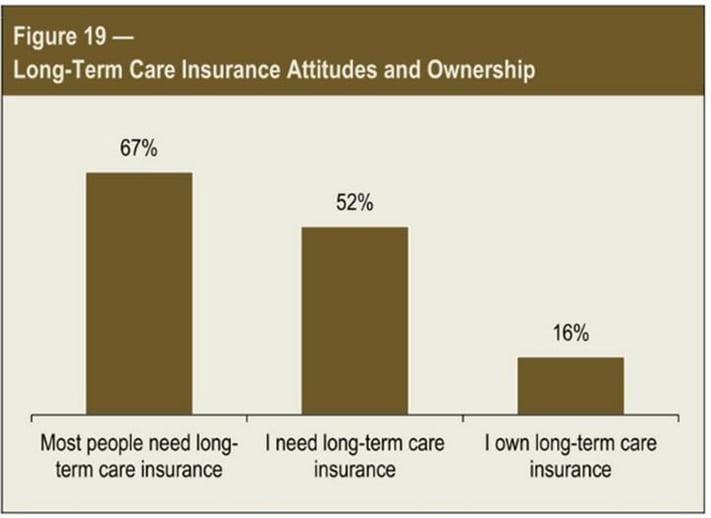 As a college student I was taught about the wonders of a classical market economy comprised of competing companies selling to rational consumers.  My economics professors focused on things such as supply and demand graphs and price elasticity.  After college, I spent my early years in LTC Insurance assuming most people made smart decisions about buying coverage.

I was wrong in my assumption. Only about 8% of people fit a classic "planner" profile and have the ability to plan for the future and take action - and not surprisingly,  8% is about the percentage of people who own policies! For the other 92% of us, the traditional ways to talking about planning for LTC aren't working.

The answer might be in the evolving area of behavioral economics.  Although I never took college courses on the subject,  I'm trying to catch up on the subject because I believe the implications for the future long-term care insurance planning are huge.

What is behavioral economics?  It combines psychology and economic decision making. Best selling books such as Nudge by Richard Thaler describe some of the subjects surprising findings, such as the problems people have saving money for retirement. Consider the image above, which shows the LIMRA and Lifehappens recent 2016 Insurance and Barometer Study.  It's obvious people know they need LTC Insurance, but only a fraction own coverage (and that self-reported number is higher than reality).

Companies and governments have recently used the findings of behavioral economics to try and "nudge" people to take actions.  For example, more companies now auto-enroll employees  in 401(k) plans and make them opt-out if they don't want to join.  The result has been a big increase in 401(k) participation.   Another finding, that more choices lead to inaction,  - has led to the narrowing investment options. Finally,  "default" choices, such as target date funds,  are now part of many 401(k) plans.

It's time to bring some of these behavioral economics findings to LTC Insurance.  Here are six areas in which planning can be improved on:

Behavioral economics is a controversial subject.  Using psychology can seem manipulative, and limiting choices can be seen as part of a nanny-state plot.  We'd like to think we all our capable of making rational decisions that are good for us, such as planning for care.  The reality may be different.