Subscribe to the Group LTC Benefits blog newsletter today to receive updates on the latest news from our carriers. 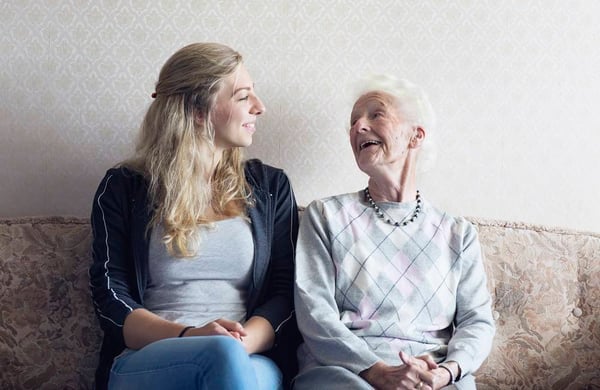 Millennials are growing to be the largest living adult generation, and in 2019 pew predicts that they will surpass the Boomers as the dominant generation. That also means that they are going to be the largest adult population in the workforce, with their parents or grandparents likely to retire within the next 10 years. To put that into perspective, there are 74 million baby boomers, and they make up about 20 percent of the total US population. With LTC events happening to roughly 70 percent of individuals – the likelihood of care for the aging population is high, which exposes the younger population of adults (who are starting to have to provide care) to the realities of aging, and healthcare in later years.

As a millennial, I am no stranger to the financial situation of the generation – we are inundated with Student Loan Debt. From my own personal experience, when I was in college about 85% of my peers had to take out some sort of financial aid in order to pay for college, even to the point where some of them haven’t finished paying off the interest on their $30,000 loan, which still leaves the principal. Compound that with the rising costs of health insurance, real estate (most of us rent, not own), and the cost of living generally increasing, it can feel very overwhelming on a financial plan – and that’s for people who haven’t even started a family yet! I’m not saying it’s impossible to manage everything, but all of those factors plus the now emerging need and cost of having to take care of loved ones in their later years – millennials have been more skeptical than ever of how they’re going to make it work.

In a recent study, the are data to show that almost 1 in 4 caregivers are now millennials – this has a direct impact on the careers and lifestyles of many young people such as myself. Recently, AARP announced that millennials pay an average of $6,800 a year in out-of-pocket costs for caregiving responsibilities. Though this number doesn’t seem very high, for a young worker who is now paying with their own money, but also cannot work as much due to the responsibilities of care, finds themselves in a very precarious situation for their own financial health.

With the cost of care varying from city to city (generally speaking it’s more expensive to receive care in big cities, or near the coasts), the location of a person who receives LTC services plays a huge factor. Typically, from what I’ve seen, most people want to receive Home Care so that they can live in the house that they have had for a long time, or so they can retain some level of independence that they otherwise wouldn’t have had in a facility. That’s where the questions of “who gives care?” comes into play. As I mentioned previously, the millennial generation is providing caregiving at an increasing rate, and have to do the best they can with what they have in terms of finances for the healthcare of aging family members. This makes me think of my great grandfather – he was diagnosed with dementia at age 82 and lived to 94. I remember the 8 long years of having to go to Grandpa’s house on the weekends to make sure that he was okay, and spending many hours watching the symptoms worsen over time before my parents were making enough money to put him into a facility for the remaining 4 before his passing. We struggled a lot during those years, but it taught me a valuable lesson: getting sick later in life is expensive, and emotionally charged!

Like many people that have had LTC scenarios, it was decided that we had to sell his house (which had been in our family for 50 years – he and my great grandmother were married in the backyard), liquidate all other assets, and only then were we able to get him into a facility that we felt comfortable with and we were still paying out of our own pockets to do so. The point I’m trying to make, is that it’s emotional, highly visible, and very expensive.

How Group Long-Term Care Insurance gets its' Time of Day:

Finally, the good news – more employers are seeing the rising cost and need for their employees that are dealing with this issue. Group LTC is being added to many financial wellness packages across the country, by some of the largest employers of the younger generations. One of the big deals with Group LTC is that the insurance carriers can offer it to not only employees, (who in this case don’t want their future kids or family members to have to be caregivers for them) but also to the close family members of the employee as well – which means that I can tell my parents to apply when we roll out Group LTC to our workforce later this year.

That fact, coupled with the exposure to the costs of care in later years, and the debt obligations of student loans – we get a sense of relief that our employers want to help with this issue. There are multiple types of benefits too, between the traditional LTC plans and the Hybrid plans that I wrote about in my last blog post – there are plenty of options for employers to help navigate this issue that is increasing year over year, and in my opinion will continue to do so for many years to come.

But what do I know? I’m just a Millennial, right?

Ready to add Group LTC Insurance to your business/clients’ benefits offering?  Call us at 877-949-4582 x7 or visit us at https://www.ltcipartners.com/groupltc