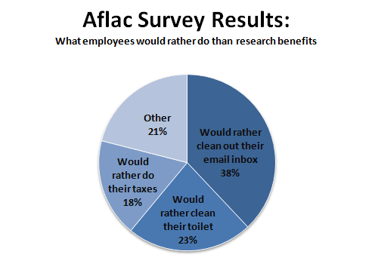 If you’re an “insurance nerd” like me, you might have seen a recently released Aflac study highlighting employees’ sentiments about their benefits open enrollment. Initially, I was really surprised by some of the findings, but then went through my own firm’s open enrollment some weeks ago and found myself feeling the EXACT same way!

So what does this tell us about Group Long-Term Care enrollments? Well, it’s always good to know where you stand. But beyond that, as benefits professionals we need to ensure that our messaging is clear, concise and we that make it EASY to apply for this valuable benefit.